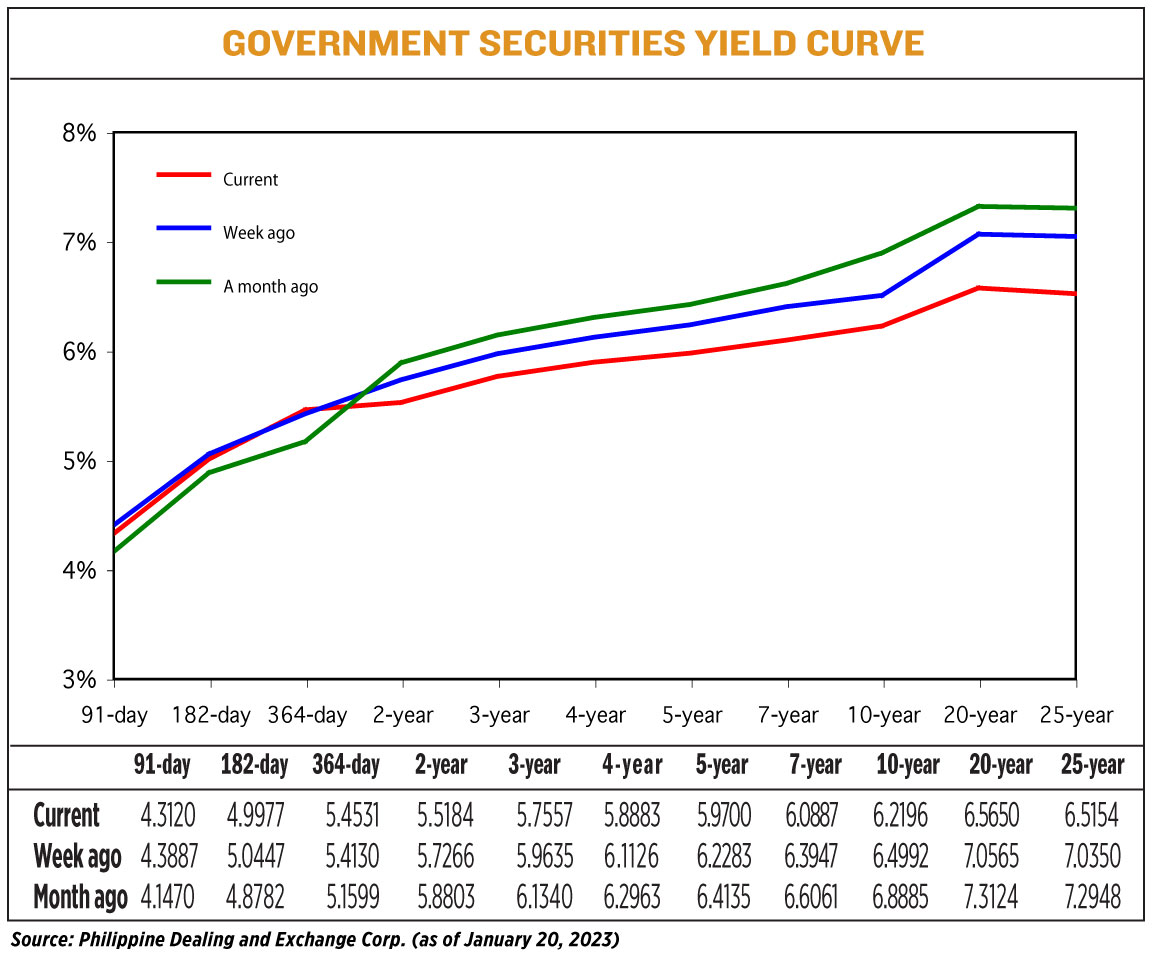 YIELDS on government securities (GS) declined last week as the market expects smaller rate increases from the US Federal Reserve and the Bangko Sentral ng Pilipinas.

GS yields, which move opposite to prices, dropped by 23.44 basis points (bps) on average week on week, based on PHP Bloomberg Valuation Service Reference Rates as of Jan. 20 published on the Philippine Dealing System’s website.

A bond trader attributed the downward movement of GS rates last week to investors’ preference for higher-yielding longer tenors amid expectations of slower tightening by the Fed and the BSP.

“More on improved risk sentiment as drop in US Treasury yields and weak US data are causing traders to price in a rate cuts this year, thus lessening pressure on emerging markets like the Philippines to match Fed rate hikes,” the bond trader said in a Viber message last week.

“I expect that we will raise rates a few more times this year, though, to my mind, the days of us raising them 75 basis points at a time have surely passed,” Mr. Harker said about the heavy rate hiking cycle embraced by the Fed in the previous year.

Other US Fed policy makers are also expected to support for a higher and continuous interest rate hikes for the year to bring the fed funds rate to 5%-5.25% from 4.25-4.5% currently amid slowing inflation and weaker economic activity.

Back home, BSP Governor Felipe M. Medalla this month said the central bank is likely to raise benchmark rates by 25 or 50 bps at its meeting on Feb. 16 as it still needs to anchor inflation expectations.

For this week, the bond trader said yields may continue to move downward “as long as US data continue to support the assumptions of a pause or cut in policy rates.”

Rates could also drop amid increased supply of T-bonds following the Treasury’s full awarding of its first two offerings for the month. —  M.I.U. Catilogo